Why is that so?
Death has no place in him.
(Translation by Stefan Stenudd.)

People first born out of the world eventually died and buried on the ground. Three- tenths of those who belong to longevity; three-tenths belong to short-lived people; some could have lived longer, but they made their way to death, also making them three-tenths. Why is this so? Because they overdid everything (such as overcaring, over struggling, over rushing, overindulging…).

There is the remaining one-tenth of people who are good at protecting their lives and who live naturally. It is said they walk on land without encountering vicious rhinos and tigers, and they can not be harmed by weapons during the war. The rhinoceros does not appear to back them into a corner, the tiger is nowhere to claw at them, and the weapons have no space to attack with their blades. Why is this so? Because these people follow nature, appreciate life, and accept death when their time has come. 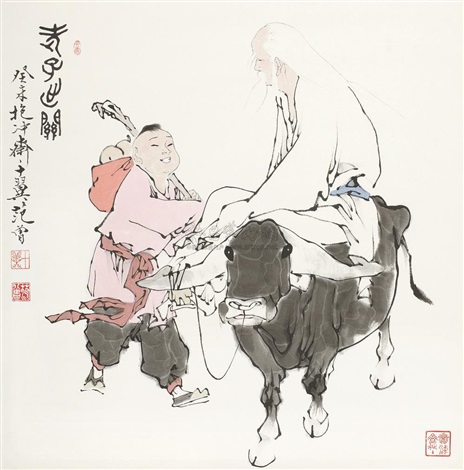 This content reminds me the story of Lao Tzu and His Friend (an article I posted on my blog before-http://loveneverending.com/lao-tzu-and-his-friend/). Here, his friend commented on him, saying “When it was suitable to come into the world, the Master came at the right time. When it was suitable to depart the world, the Master left naturally. If one can calmly wait for the right moment and go with the natural flow, sadness and joy cannot enter the heart. The ancients would call that being released by the Emperor from hanging upside down.” No wonder the legend says that Lao Tzu lived up to one hundred and sixty years old.