Therefore in the government of the Sage:
He keeps empty their hearts
Makes full their bellies,
Discourages their ambitions,
Strengthens their frames;
So that the people may be innocent of knowledge and desires.
And the cunning ones shall not presume to interfere.
By action without deeds
May all live in peace.
(Translated by Yu Tang Lin)

Explanation-
If we over-esteem wise individuals, they will become competitive; If we overvalue possessions, people will begin to steal.
Do not display your treasures or people will become envious. The Master leads by emptying people’s minds and filling their bellies, weakening their ambitions and making them secure. Then they will prefer simplicity and free themselves from desires.

He helps people lose everything, by avoiding the pitfall of knowledge and wrong action. For those who practice doing nothing will have everything fall into place. (https://www.youtube.com/watch?v=o9E7Ji8fH18).

Here is a historical example of a Chinese emperor. The reigns of Emperor Wen and his son (Wen-Jing zhi zhi 文景之治) are remembered as a time of peace and prosperity.

He was heavily influenced by his wife Empress Dou, who was an adherent of Taoism. Emperor Wen governed the country with general policies of non-interference with the people and relaxed laws. He practiced “doing nothing” during his 23 years of ruling.

Emperor Wen himself led a very simple life. The clothes he usually wore were of standard quality and were not the exquisite robes that emperors were typically expected to wear. Even his wardrobe set an example for the nation. 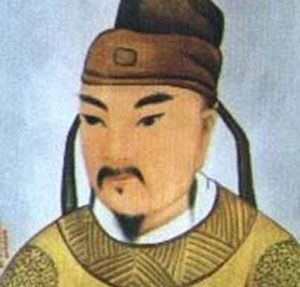 He emptied the people’s minds by freeing them from fear. He abolished guilt-by-association. No longer would the parents, siblings, or children of those convicted of a crime be punished for crimes that they did not commit.

He made peace with neighboring countries and also did not declare war, as he did not want to bring hardship to his people so that they could live in peace.

Emperor Wen also lessened restrictions on free speech. If things were not going well, he examined himself first to rectify it. He also believed that listening to and accepting suggestions from the people was useful, and could open up new opportunities and ways of governing the country.

In 178 BC, two solar eclipses occurred in November and December (then viewed as a symbol of divine displeasure), and he was concerned that he had not done enough for his people. He requested that officials give him honest criticism and recommend capable individuals for governmental positions. He also tried to decrease mandatory taxes and hard labor.

His reign was marked by thriftiness and attempts to reduce burdens on the people. During the reign of Emperor Wen, one of the lowest tax rates in Chinese history was recorded. Two years after his death, the tax rate was as low as 3.3% of one’s income. He cared for his people and filled their bellies.

Even after death, he lived by his practice of “doing nothing.” He issued an order that his tomb would not house any decorative metals such as gold or silver. Instead, only humble pottery would be used. It also stipulated that his tomb should only be of a moderate size to avoid burdening the people with increased labor and using up resources.

Previous A Zen Master, a Scorpion, and a Fisherman

Next Trouble is the Wealth of Life