Most of us go about our daily lives in a routine. I’ll never forget an inspiring story that a friend shared with me about a woman whose daily routine featuring a humble greeting ended up saving her life.

This woman went about her job in a meat-processing factory as she was supposed to, checking up on all of the things she was to supervise. One day she went into the cold room(a giant refrigerated room) to perform a routine inventory check when the door suddenly closed behind her. She was locked inside, and nobody noticed. Even though she tried screaming and pounding on the door, it was so thick that nobody could hear her. Even if they could, all of the workers had left for the day, and there wouldn’t have been anyone to hear her. 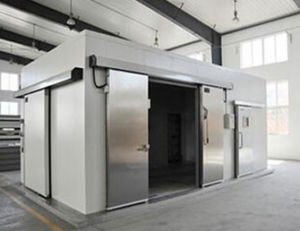 As time passed, the cold seeped through her skin and down to her bones. She was certain that she was going to die. Then, all of a sudden, the security guard opened the door and saved her. After recovering from her ordeal, she asked the guard why he had checked up on the cold room, as it wasn’t part of his job.

The guard explained, “I’ve been working at this factory for 35 years. In all of that time, I’ve seen several hundred workers come in and out but you are the only one who has ever greeted me in the morning and said goodbye to me at night. The rest of the workers never noticed me, like I was transparent or invisible. Today, you greeted me in the morning, but you did not say goodbye to me, even after everyone went home. I sensed something had happened to you, so I decided to check up on you. I was hoping to hear your goodbye because your greeting reminds me that I am a person, too. That is why I came looking for you.”

I was told this was a true story. What struck me the most was how such a simple element in a daily routine could lead to such a miracle. All the woman did was say “hello” to a person everyone else had ignored. Acknowledging and respecting your surroundings and the people around you can only be a source for more good to enter your life.  Who knows, perhaps such simple and good deeds will one day miraculously end up saving your life.

Previous A New Day Has Come

Next Miracles Through Love