In 2012, Mo Yan was awarded the Nobel Prize in Literature for his work as a writer “who with hallucinatory realism merges folk tales, history and the contemporary”.
He is best known to Western readers for his 1987 novel Red Sorghum Clan, of which the Red Sorghum and Sorghum Wine volumes were later adapted for the film Red Sorghum. Below are some of his writings. 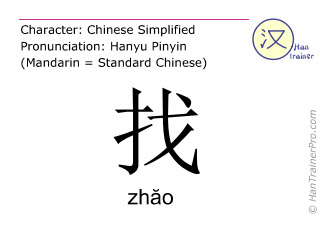 When the Chinese word for “I” (我) loses a stroke, it becomes the word for “searching” (找). I asked a lot of people, what does that stroke stand for? Businessmen say it is money, politicians say it is power, celebrities say it is fame, soldiers say it is honor, workers say it is wages, students say it is grades…

Finally, “life” tells me that it is is health and happiness, because without it, everything becomes nothing!

莫 言自嘲說他年輕時怕多言，易於 開罪別人，所以筆名“莫 言”。
結果是他言(寫)了 許多的話，一直言到拿諾貝爾文學獎。
下 面是他的話，是他的人生哲理：
特 别是他說他敬佩的兩種人，表達 得非常好。
Mo Yan was ridiculed because he was afraid of offending people when he was young, so he used the pen name “Mo Yan.”(In Chinese, it means “do not talk”). As a result, he wrote more than he spoke, and his words got him the Nobel Prize in literature.

Here are his words, and his philosophy of life:

2.我遠離兩種人：
遇到好事就伸手的人；
碰 到難處就躲閃的人。
I stay away from two kinds of people:
The person who stretches out their hands for any good thing;
And the person who dodge when they encounter hardship.

3.我掛念兩種人：
相 濡以沫的愛人；
肝 膽相照的朋友。
I miss two kinds of people:
The lover who helps you in a time of difficulty;
And the friend who treats you from the heart.

4.我謝絕兩種人:
做事不道義的人;
處事無誠意的人。
I decline two kinds of people:
Those who do things immorally;
And those who have no sincerity.

5.我負責兩種人：
生 我的人；
我 生的人。
I am responsible for two kinds of people:
The one who gave birth to me;
And the ones I gave birth to.

6.我珍惜兩種人：
敢 借給我錢的人；
真 心牽掛我的人！
I cherish two kinds of people:
Anyone who dares to lend me money;
And those who care about me!