Before 77 B.C. the Han dynasty experienced many prosperous years. In the province of Shandong, one young boy was drinking by himself in a bar, the wrinkles on his forehead giving away his worried thoughts. Named Wong, he was the county mayor and had recently been promoted to a higher position. However, he was worried about what his new job might require of him.

An elderly man sat at the table next to him and moved over to speak to Mr. Wong. The two started to converse, and it was as though they had known each other their whole lives. The elder asked him, “Are you troubled? You look quite unhappy.” Mr. Wong told him about his worries, and the elder said, “I will give you three words to help you.” Mr. Wong was puzzled and asked, “What are those three words?” The elder replied, “Slow to speak.” Then the man left.

After the encounter, Mr. Wong kept the three words in mind. Every time something came up, he would think for a long time before he spoke out. Even though there was much turbulence in his work, Wong passed through it safely thanks to the man’s words. He was humble and worked hard, and was gradually moved to higher and higher positions. Ten years later, Mr. Wong returned home. He passed by the same bar and met the elder. The man told him, “I gave you three words ten years ago. Those three words helped you for ten years, and now, I will give you some more words. These words will help you to be free of worry for the rest of your life.” Mr. Wong whispered, “What are they?” The man replied, “Be kind toward others.” When Mr. Wong heard the words, he was shocked. A cold sweat enveloped him. For so many years, he had worked hard and been very humble, but he had forgotten to be fair and kind to others. That’s why these words struck him. 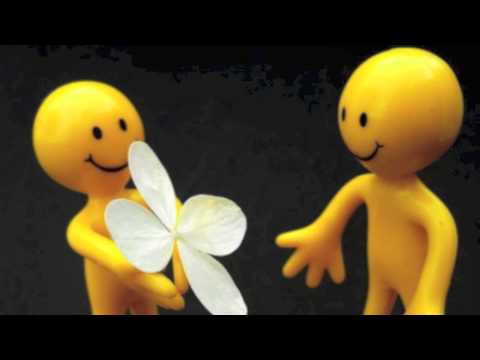 www.youtube.com Ligia’s Message: The Power of Being Kind to Others

He seemed like a different person after he had come back from visiting his hometown. No matter what he did, he kept examining his behavior to make sure he was fair and kind to the people. In the end, he became a very famous figure in the Han dynasty.

Be slow to speak and kind toward others. Those words became Mr. Wong’s mantra and had been passed on for many generations. From the Han dynasty to the Ming dynasty, his family has boasted 36 queens and 36 prince consorts. 35 held the high position of prime minister, right under the emperor. The Wong family became the most famous lineage in China.

By slowing to speak, we will definitely make fewer mistakes because we have given ourselves time to think before we open our month. Plus, we show our respect and passion to the other party when we speak slowly. Likewise, if we are kind to the others, we will most likely receive the same treatment in turn. What a precious gift Mr. Wong received from the old man. What a blessing for me to have the chance to read this story! Maybe I too can take these sentences “Be Slow to Speak and Kind toward Others” as my mantra.

Previous Jokes and An Inspiring Video

Next A Simple Thought